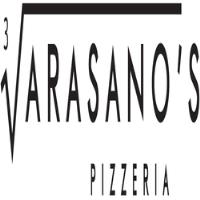 Buckhead resident and world-renowned pizza authority, Jeff Varasano, opened his first pizzeria in Atlanta in March 2009. Over the past few years, Varasano’s website, www.varasanos.com, has attracted international attention and a cult following as the most accurate and extensive source of information about gourmet pizza on the web. There are currently over 2000 links to Varasano's recipe making it Google’s favorite place for how to make pizza - not bad for a guy who started out making English muffin pizzas in his toaster oven! Originally from the Bronx, Varasano moved to Atlanta in 1998, and soon realized the style of pizza he was accustomed to finding at every turn was not to be found in the Atlanta area. For a man with pizza in his blood, this just would not do. So he set out to perfect his favorite New York pie from Patsy’s in East Harlem. The ten year odyssey included traveling to the world’s best pizzerias, experimenting with countless varieties of flour, sourdough cultures, cheese, tomatoes and temperature control techniques, pushing household appliances beyond their limits, and visiting flour millers and oven manufacturers in the US and Europe. Varasano has studied everything from bread making to thermodynamics in his quest to craft the perfect pie. His journey has resulted in the destruction of several household appliances, a wealth of information available on his website, and the creation of an incredible piece of food, Varasano’s Pizza. Each of these airy light creations is topped with a perfect balance of traditional Italian ingredients and crisped to perfection at 800 degrees. Local and international food and wine buffs, including legendary chef Patrick Terrail and food anthropologist Deb Duchon, who’ve been lucky enough to swing invitations to Varasano’s frequent pizza tastings, held at his home in Buckhead, are gushing over his creations, comparing him to Chris Bianco of Bianco’s Pizzeria in Phoenix, AZ and Anthony Mangieri of Una Pizza Napoletana in NYC. On the menu at these tastings are old favorites like the Margherita and New Haven style clam, as well as many of Varasano’s own creations. Of his internet fame, Varasano says, “It’s amazing. People I’ve never met have been flying to Atlanta for my dinner parties. It would take six months of weekly tastings to get through the waiting list. I’ve put a lot of time and thought into what makes a pizza memorable,” says Varasano, “and I want everyone to experience world class pizza.

There are no reviews for Varasano's Pizzeria - Buckhead. Write a review now.