The Law Office of Andrew DeLuca 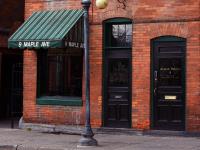 Andrew DeLuca has been practicing law in the New York Capital District Area for more than ten years. A former Assistant Public Defender, Attorney DeLuca has handled a variety of criminal matters and tried all of Montgomery County’s felony cases over a period of five years. In that time Attorney DeLuca obtained favorable verdicts on drug cases, criminal contempt, burglary, Felony DWI and Criminal Mischief. Following his time as a Public Defender, Attorney DeLuca has helped those in need of a Criminal Defense Attorney throughout the Capital District Area. Mr. DeLuca was voted Best Lawyer for 2020 by the readers of The Saratogian. Recently Attorney DeLuca has successfully defended Felony matters at trial obtaining Not Guilty verdicts on numerous counts of Criminal Possession of a Controlled Substance in the Third Degree and Criminal Sale of a Controlled Substance in the Third Degree and most recently a Not Guilty Verdict on Murder in the Second Degree Charge in Saratoga County Court. Mr. DeLuca has also proven himself to be an aggressive and effective legal advocate for the victims of negligence. He has obtained favorable settlements on a variety of personal injury matters, to include injuries sustained as a result motor vehicle accidents, slip and falls and medical negligence. His most recent settlement was in the amount of $474,000 for an eight year old boy who was injured in a motor vehicle accident.

There are no reviews for The Law Office of Andrew DeLuca. Write a review now.