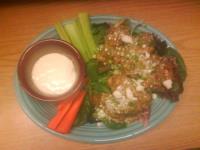 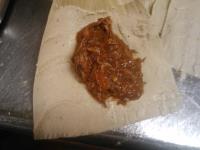 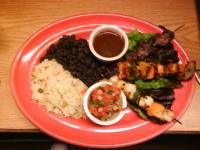 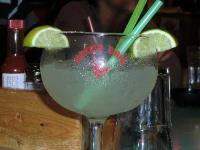 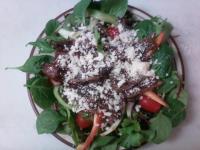 My Mom and Dad were born in Durango, Mexico. Our family is originally from Denver, Colorado. My mother learned how to cook from her mother and sisters. Her style of cooking has an influence from Colorado. In the sixties, our family moved from Denver, Colorado to Toppenish, Washington to work in the local farms. We later moved to Skagit Valley where they continued to work in the fields. We were a family of thirteen, eight boys and three girls. Some of my brothers found jobs other than field work. The ones that worked in the fields were able to help my parents save enough money to open a restaurant in 1965 We were the only Mexican restaurant in the valley at that time. Our best customers were the farmers who had employed my family in the past. The Mexico Cafe was run by my dad Jessie, my mom (Celia) and sister (Helen). My Mom and sister were the chefs. My Dad was the business man. My brother, Tom, my sisters, Mary and Celeste (Debra), and sister in law, Mabel worked the floor. Slowly but surely, the business picked up and we would be full every weekend. We quickly became popular for our chile verde, tacos and enchiladas. Our signature dishes are the Smothered Burrito, Chimichanga, Crisp (patty) taco and enchiladas. We are also known for our salsa, which is a mild green onion salsa that was developed for our customers who were not ready at that time for spicy food. Our salsa is still popular with our customers. Customers are now wanting spicier salsa, which we now offer. We have had three locations. Our first location was on the corner of Avon Allen and Hwy 20. This building is no longer there. Our second location was on State Hwy 536. Our third location (present) is located just a mile down the road at 1320 Memorial Hwy (State Hwy 536). The original owners were Celia and Jessie Rivas who ran the cafe from 1965 to 1970. Jessie passed away in 1970, at that time, Helen operated the cafe from 1970 to 1981. In 1981, I began operating the Cafe and have been running it ever since. My wife joined me in 1993. Our style is not your typical Mexican food, it is more of a Mexican home cooking which was my mother’s style. A lot of our dishes were created, like the patty tacos are unique, our chile verde is my mother’s recipe. Along with many of our signature recipes, they were passed on to me to follow the tradition of Mexico Cafe.

There are no reviews for Mexico Cafe. Write a review now.