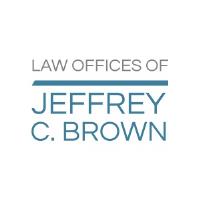 Jeffrey C. Brown has been practicing law for 34 years handling a variety of cases, including personal injury and workers’ compensation matters, but found his “true calling” in representing injured workers. Consequently, for the last 19 years he has been a Board Certified Workers’ Compensation Specialist and for the last ten years has limited his practice to handling only workers’ compensation cases. When asked to describe his approach to law, he says that like Theodore Roosevelt, he likes to “walk softly, but carry a BIG stick”. As for why he represents injured workers instead of insurance companies, he states that: “In the law it is a rare thing for two people to look at the same facts and come to the same conclusion as to how to apply the law to those facts. Insurance companies are supposed to know the law and have lawyers they can call anytime they want to. Unfortunately, knowing the law and following it are two very different things. Like most things in life, what you don’t know will probably hurt you.” Mr. Brown is currently included in Best Lawyers in the Southwest and Best Lawyers in America in connection with his representation of injured workers and frequently lectures on workers’ compensation topics.

There are no reviews for Law Offices of Jeffrey C. Brown. Write a review now.