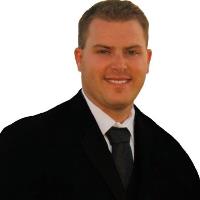 Mr. Sloan has been defending DUI cases since 2004 and has defended more than 2,600 DUI cases, with incredible results. A partial list of accomplishments can be viewed at Mr. Sloan's website: https://www.arizdui.com/case-accomplishments/

Mr. Sloan is a Founding Member of The Arizona DUI Team; teaches as statewide seminars numerous times a year, and has an impressive resume of awards and accomplishments.

Mr. Sloan is rated 10-out-of-10 on AVvo.com; 4.9-out-of-5.0 on Martindale Hubbell; and has been awarded the SuperLawyers Southwest Rising Star Award for the past five years - an award is given out annually to less than 15 Lawyers practicing DUI Defense in Arizona and New Mexico combined. Mr. Sloan was named one of the Top Lawyers in 2013 and 2017 by North Valley Magazine; named one of the Top 100 Lawyers by Arizona Finest Lawyers; acknowledged as a Top 100 Trial Lawyer Nationally by National Trial Lawyers and America’s Top 100 Criminal Defense Attorneys, named one of Arizona's Top 40 Lawyers Under 40 by both National Trial Lawyers and American Society of Legal Advocates, named one of the Top 10 DUI Lawyers in Arizona by the National Academy of Criminal Defense Attorneys, named a ‘Lawyer of Distinction’ by Lawyers of Distinction, and named one of the Nation's Top One Percent of Lawyers by National Association of Distinguished Counsel.

Mr. Sloan often refers to himself as "The Best Value in the State" when it comes to DUI Defense Representation; considering his years of experience, focus on DUI Defense, extremely reasonable rates, and added-value benefits.

Those who do their research will hire Attorney Brian D. Sloan for their DUI case.

If you, or someone you know, has been charged with a DUI Offense in Maricopa County, Arizona, call Mr. Sloan on his personal cell phone number: 480-720-7839.

There are no reviews for Law Offices of Brian D. Sloan. Write a review now.