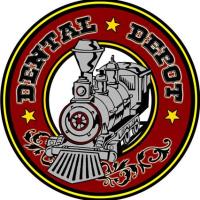 The Dental Depot on SW 62nd and Western opened in January of 2012 as our 13th office and the first in Oklahoma City’s inner-city south side.

The 62nd Street Depot has been a gateway to Oklahoma City’s thriving Hispanic community and as such has been a member of the Greater Oklahoma Hispanic Chamber of Commerce since its opening year. The office has been seen at many of the Plaza Mayor events as well as the Fiesta de Las Americas, Integris Hispanic Health Fair, and the Viva Oklahoma Expo. The office also lent its support to “Mr. OU” during the Vive Mas 5k to raise awareness of heart disease in the Hispanic community.

10 operatories are available to serve patients at the 62nd Street office, as well as the largest bilingual staff to provide quality, state of the art dentistry to both English and Spanish speaking patients.

There are no reviews for Dental Depot. Write a review now.