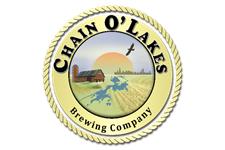 There are no reviews for Chain O'Lakes Brewing Company. Write a review now.