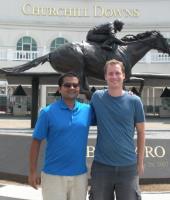 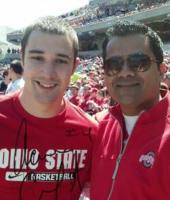 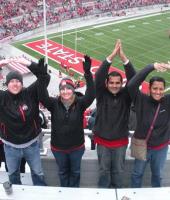 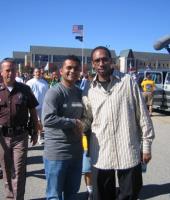 Ashish is a father of two girls, husband for ten years, and son within his loving family. In a personal and professional capacity, I have known Ashish to consistently and wholeheartedly devote himself towards achieving personal growth and positively impacting those around him. He has worked diligently over the years in a variety of organizations in both the pharmaceutical and retail sectors – with the ultimate aim of creating work that benefits both the company and customers he serves.

Academically, I have known Ashish to perform at the top of his classes and receive top marks in all studies. Furthermore, he has helped many of his peers and junior students perform better in classes and gain a more holistic and meaningful education. This is true all the way from his grade school years when we first became friends to those years of his doctorate program. In addition to his studies, he participated in the Boy Scouts of America program and after more than a decade of service, achieved the highest honor of Eagle Scout. His Eagle Scout project was to plant 50 trees at a local park and culminate with an Arbor Day celebration.

More important in my view is the way he has dedicated himself to his family, friends, and community. He has always strived to place his family first and been a strong presence in his Louisville-based church, Southeast Christian Church. He volunteers there as a Communion Server and Greeter for nearly 5 years, and volunteered as a Co-Leader at a formal event for persons with disabilities in 2014.

Ashish has even worked on projects for people outside of his immediate community. For example, in his junior year of high school, Ashish led his school in a tree planting and memorial commemoration for the victims of the Columbine High School mass shooting in April 1999. This news was shared with Littleton, CO and many people there were very touched that someone whom they had never met in Indiana would go to such great lengths. This noble and compassionate action is typical of Ashish’s character, and one of many actions he has demonstrated to inspire me and numerous others to make the world a better place.

In 2013 at the age of 31, Ashish suffered a life-threatening stroke. This was a shocking blow to him and all of us who love him so much. The stroke came out of nowhere and the stroke was caused by a vegetation on his heart valve. I never imagined someone at 31 would have open heart surgery. He worked steadily to recover his mental and physical facilities, but the journey was an uphill battle. He was diagnosed with a very rare blood clotting disease that can cause numerous silent strokes as well as infarcts in both kidneys and his spleen. His life has been on an uphill battle since 2013, but his persistence and perseverance to get back has been great and just like Tiger Woods who finally won his Masters Green Jacket after so many years, I too know that Ashish will rise from this medical challenge and once again rise to the top.

There are no reviews for Ashish Parekh Louisville. Write a review now.