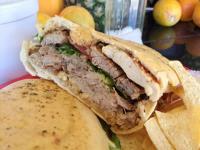 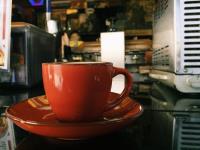 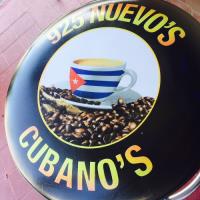 Built in 1976 by Valdes's father, Luis Valdes Sr., the restaurant is actually the front portion of the family home where Valdes grew up (his great-aunt still lives in the building). Now, food is cranked out of a tiny open kitchen surrounded by a bar spanning the front. As a kid, Valdes helped his father prepare Cuban cuisine, learning the secrets of a great mojo marinade, succulent roast pork, and - of course - life. Gathering strength from his father's lessons, Valdes powers through his day. Prep begins early in the morning, the small crew (Valdes, his wife, Marta, and the couple's longtime friend Betsy) making beef and chicken empanadas and croquetas de jamon. Valdes roasts six legs of pork a day, low and slow for 16 hours. The pork is the secret to the Cuban sandwiches here. Instead of slicing it," Valdes says, "we pull it, which keeps it extra juicy." Valdes has recently added a new sandwich to the menu, "The 925," featuring a "secret sauce" he makes with red peppers he grows himself and cooks in the sun. More of a spicy, vinegary relish, it goes well with just about any savory item on the menu. At 925 Nuevo's Cubano's we have been proudly serving our family traditions to Fort Lauderdale and the surrounding areas for over 40 years. We will welcome you into our restaurant on N. Andrews Avenue in between Sunrise and Broward Blvd. any day of the week for breakfast, lunch or dinner because...mi casa es su casa."

There are no reviews for 925 Nuevo's Cubano's. Write a review now.